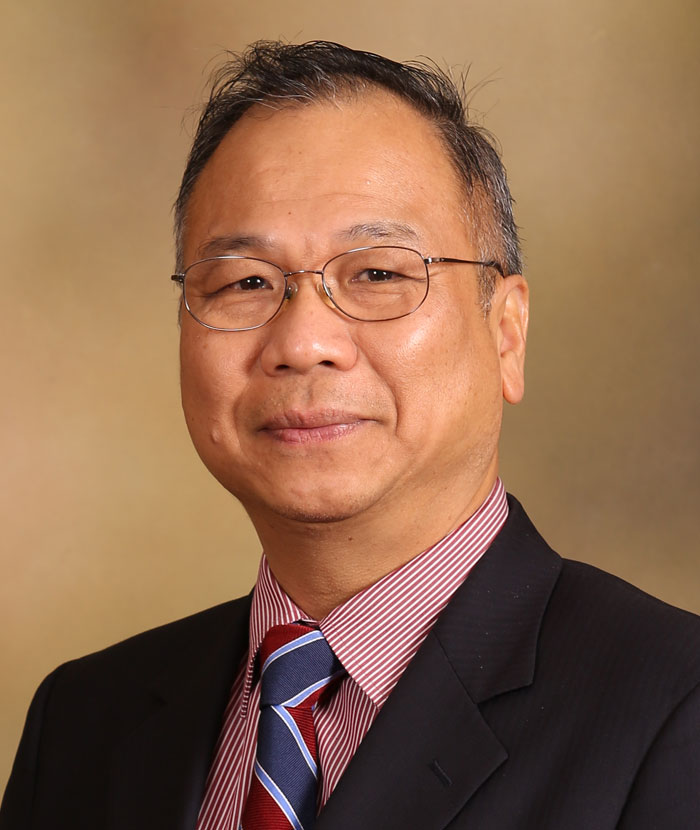 Wing Thye Woo is Research Professor at Sunway University in Kuala Lumpur where he heads the Jeffrey Cheah Institute on Southeast Asia and Jeffrey Sachs Center on Sustainable Development . He is also Vice-President for Asia at UN Sustainable Development Solutions Network (SDSN), and Distinguished Professor Emeritus University of California Davis. He has academic appointments at Fudan University in Shanghai, Penang Institute in George Town, and Chinese Academy of Social Sciences in Beijing. He is an expert on the East Asian economies, particularly, China, Indonesia and Malaysia. His current research focuses on designing efficient, equitable pathways to achieving the Sustainable Development Goals with projects on Green Finance, Middle Income Trap, and Global Economic Architecture for the Multi-Polar World.

Wing’s article “The Monetary Approach to Exchange Rate Determination under Rational Expectations: The Dollar-Deutschemark Case,” Journal of International Economics (JIE), February 1985, was identified by JIE in 2000 to be one of the twenty-five most cited articles in its 30 years of history. His article “China Meets the Middle-Income Trap: The Large Potholes in the Road to Catching-Up,” Journal of Chinese Economic and Business Studies (JCEBS), November 2012, was awarded the Best Paper Prize at the 30th Anniversary Conference of the Chinese Economist Association (UK/Europe) in 2018.

Wing Woo has advised several governments and international organizations. In early 1990s, he advised several centrally-planned economies on their transition strategies to market economy (Economies in Transition: Comparing Asia and Europe, MIT Press, 1997); and Indonesia on growth strategies and exchange rate management (Macroeconomic Crisis and Long-Term Growth: The Case of Indonesia,1965-1990, World Bank Press, 1994). He advised China’s Ministry of Finance on the comprehensive tax and exchange rate reforms implemented in January 1994 (Fiscal Management and Economic Reform in the People’s Republic of China, Oxford University Press, 1995), and the U.S. Treasury in 1997-98 on the Asian Financial Crisis (The Asian Financial Crisis: Lessons for a Resilient Asia, MIT Press, 2000). From 2002-2005, Wing was the Special Advisor for East Asian Economies in the Millennium Project of the United Nations; in July 2005, he was appointed to the International Advisory Panel to Prime Minister Abdullah Badawi of Malaysia; and in 2008, he became the economic advisor to Chief Minister Lim Guan Eng of Penang State. From 2009-2015, Wing was the Convener of “The Shadow G-20 Workshop” co-sponsored by the Asian Development Bank and Earth Institute at Columbia University; and selected proceedings of these workshops will be published as A New Global Financial Architecture for a Multi-Polar World, MIT Press (forthcoming). He was a coordinator of the ADB Intitute project, Financing Green Development, 2017-2019, and the outcome is Handbook of Green Finance: Energy Security and Sustainable Development, Tokyo: Springer, 2019. 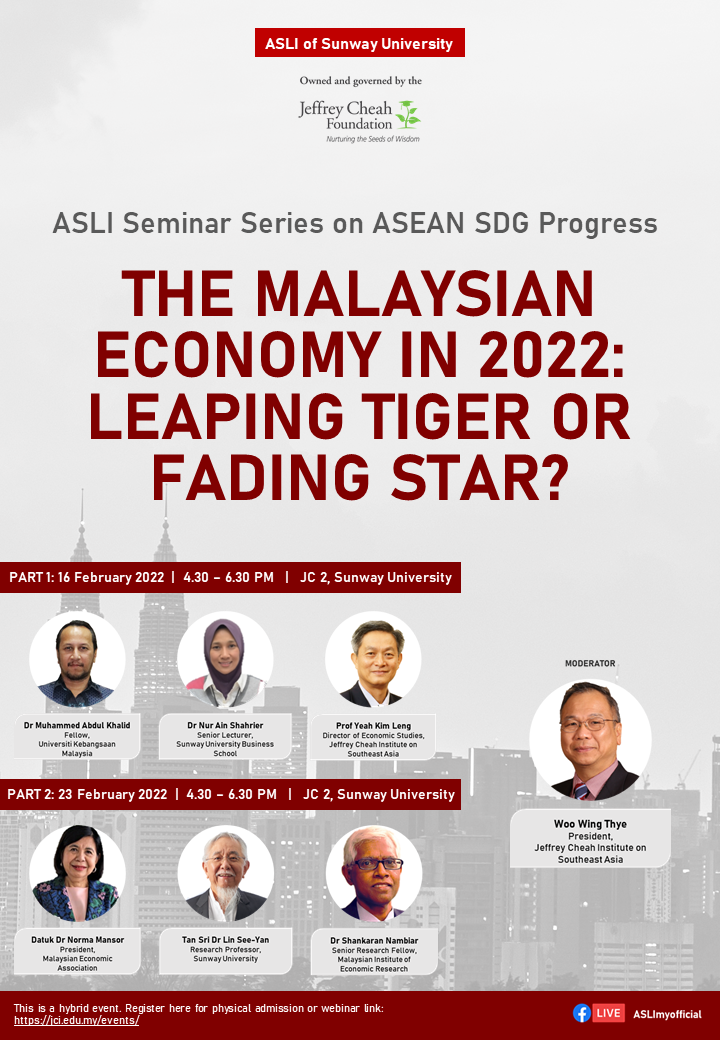 As domestic and external demand recover, the Malaysian economy is projected to grow by 5.8% in 2022. However, this projected growth may be dampened by the rise of new COVID-19 variants, supply disruptions, and limited fiscal space. Rising vulnerabilities both at household and firm levels pose concerns to the country’s recovery path. Uncertainties abound for the Malaysian economy in 2022. 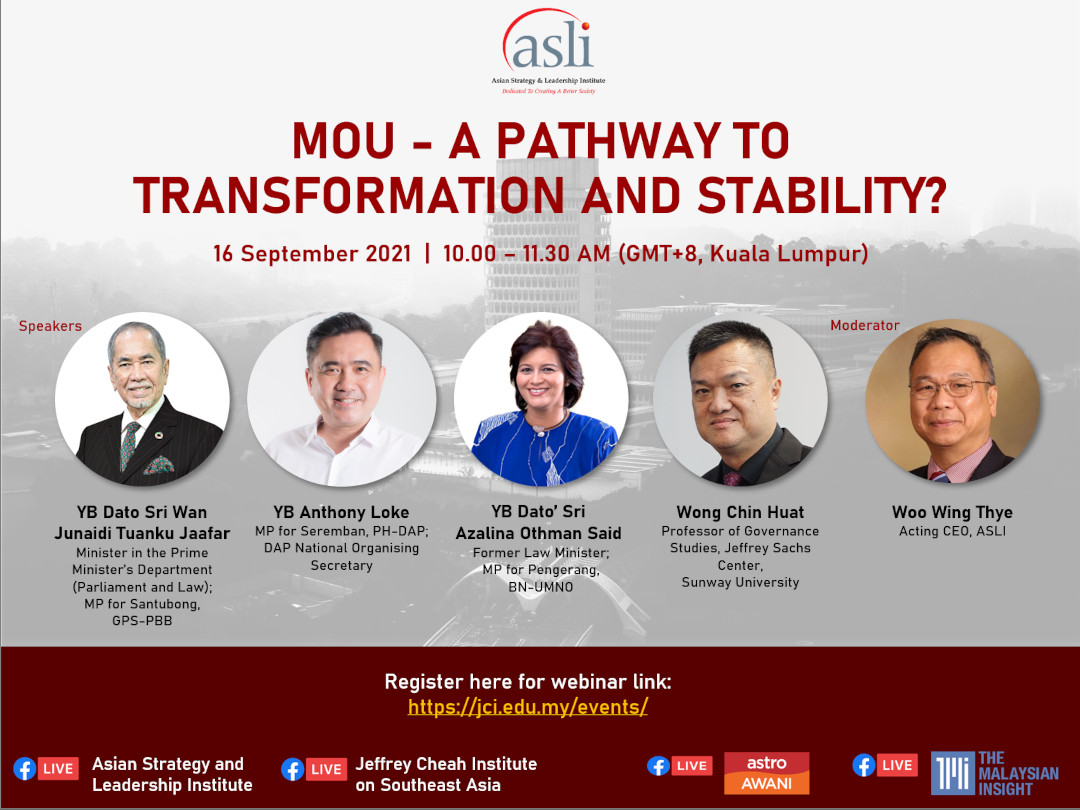 ASLI Webinar: MOU – A Pathway to Transformation and Stability?

Will the first ever Malaysian "Memorandum of Understanding for Transformation and Political Stability" work to transform and professionalise its Parliament?

Radio: Diving into Sustainable Solutions at the National Solutions Forum 2022

Professor Woo Wing Thye discusses the upcoming National Solutions Forum (NSF) as a showcase for the most impactful solutions to Malaysia's SDG-related challenges.

Video: Prosperity tax – will the rich pay or run away?

Dr Woo Wing Thye helps us to understand who will benefit from the disaster relief measures and how Budget 2022 could do better with a little tweaking.

Video: Economist: Why invest in aerospace when children are suffering from stunted growth?

KiniTV speaks to economist Dr Woo Wing Thye to better understand how the budget can benefit SMEs and some of the opportunities missed by the government in helping this sector to recover.

Prof Woo Wing Thye, JCI President, is interviewed by Phoenix TV on his views on the recent Sino-US trade and currency negotiations.

Prof Woo Wing Thye, JCI President, is interviewed by Pheonix TV on his views on the recent US Presidential Elections 2020 and what it means for USA and Asia.

Video: Malaysian economist predicts the local economy will recover within a year

Prof Woo Wing Thye is interviewed by Pheonix TV on his views on Malaysia's economic recovery in a post-COVID scenario.

Viewing the 12th Malaysia Plan through the lens of decarbonisation

Malaysia’s budget today could be largest in its history

Prof. Woo Wing Thye comments on the upcoming 2021 Malaysian budget and hopes to see a direct infusion of purchasing power through government spending.

JCI President Prof. Woo calls for “emergency room economics” to be implemented while the MCO is in force, with aid given to those earning low incomes.

The next stage in Malaysia’s catching-up process requires that economic growth...

The next stage in Malaysia’s catching-up process requires that economic growth...

With the change in government in May 2018, Malaysia has once again been given the chance to re-make itself...

US investigates Malaysia’s Jho Low over alleged Trump-linked donation, but experts say it won’t speed up justice in 1MDB case

Fugitive Malaysian financier Low Taek Jho – the man believed to be at the heart of the 1Malaysia Development Berhad...