Skip to content
Opinion: How China, US can avert trade war decades in the making

Opinion: How China, US can avert trade war decades in the making

Editor’s note: Woo Wing Thye is a professor of economics at the University of California, Davis, director of the East Asia Program at Columbia University, and academic advisor of the Center for China and Globalization (CCG). The article was edited from a recent speech given by Woo at a CCG seminar in Beijing. It reflects the author’s opinions, and not necessarily those of CGTN.

After studying US-China trade relations for the past 40 years, I believe that the current tensions between the two are such that we should not only focus on the past or the future, but also the present.

The escalating US-China trade conflict is partly an outgrowth of three concerns on the American side: job losses, competition over technology and a perceived “Chinese threat” to US national security.

The first concern is that Americans view losing jobs to China as a byproduct of China’s trade surpluses. To address this, the US has called for revaluation of the renminbi. Such an approach is misguided.

Look back to 1985 after the implementation of the Plaza Accord, which drove up the value of the Japanese yen: the US did buy less from Japan because Japanese imports were now more expensive, but Americans simply bought more from other countries, so the overall US trade deficit remained largely unchanged. If something similar were to happen to the Chinese renminbi against the US dollar, then not much would change either.

The trade imbalance between the two powers also suffers from structural flaws. Soaring military expenditures and frequent tax cuts in the US have created the economic conditions for trade deficits. Advocating for the appreciation of the renminbi as the solution to the trade imbalance only papers over the underlying problems. 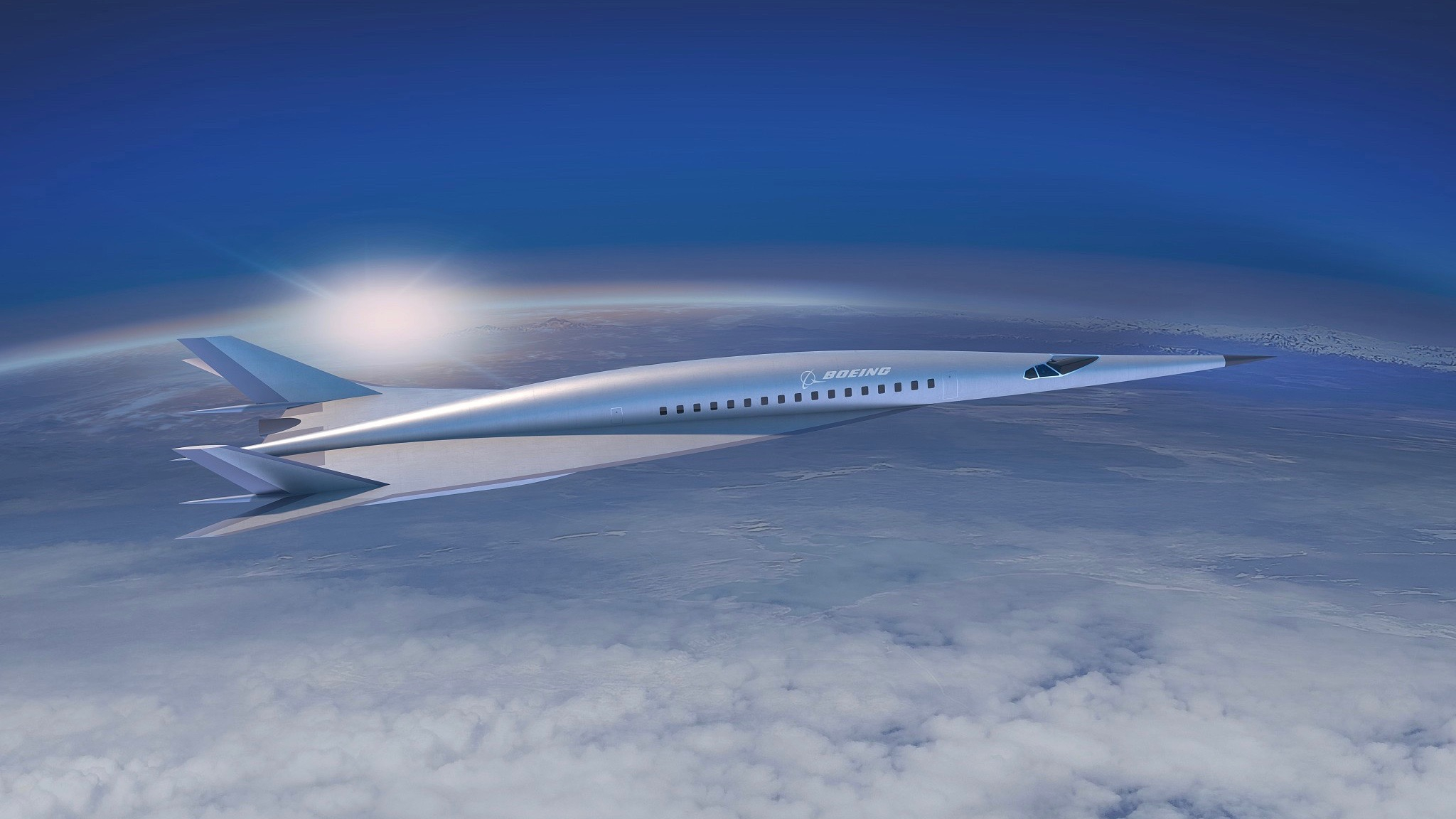 Boeing, a US aerospace company, reveals its first passenger-carrying hypersonic vehicle concept – and it could get you from London to New York in two hours. /VCG Photo

The second issue pushing both countries toward a trade war is technological competition. Since the mid-1990s, China has made it a condition that foreign firms must transfer knowledge via joint ventures with Chinese partners in order to access its market.

When it comes to technology, Chinese companies are essentially demanding a discount in the form of acquiring the tech so foreign companies get a share of the Chinese pie. This arrangement was fine when both sides made healthy profits, and American companies simply transferred their old technologies to their Chinese counterparts because they could afford to. But as China strives to be a global tech leader, these companies are not willing to cede their competitive advantage by giving up the latest tech.

As a result, these US businesses are now trying to get the government to respond by saying that China is “forcing” them to share their technology. However, these businesses are all willing participants, and often roll out products that enjoy monopoly prices in China.

This brings us to the third US concern of national security. The US fears that all these technology transfers will one day pose a threat to its interests. However, it already has ways to address this. 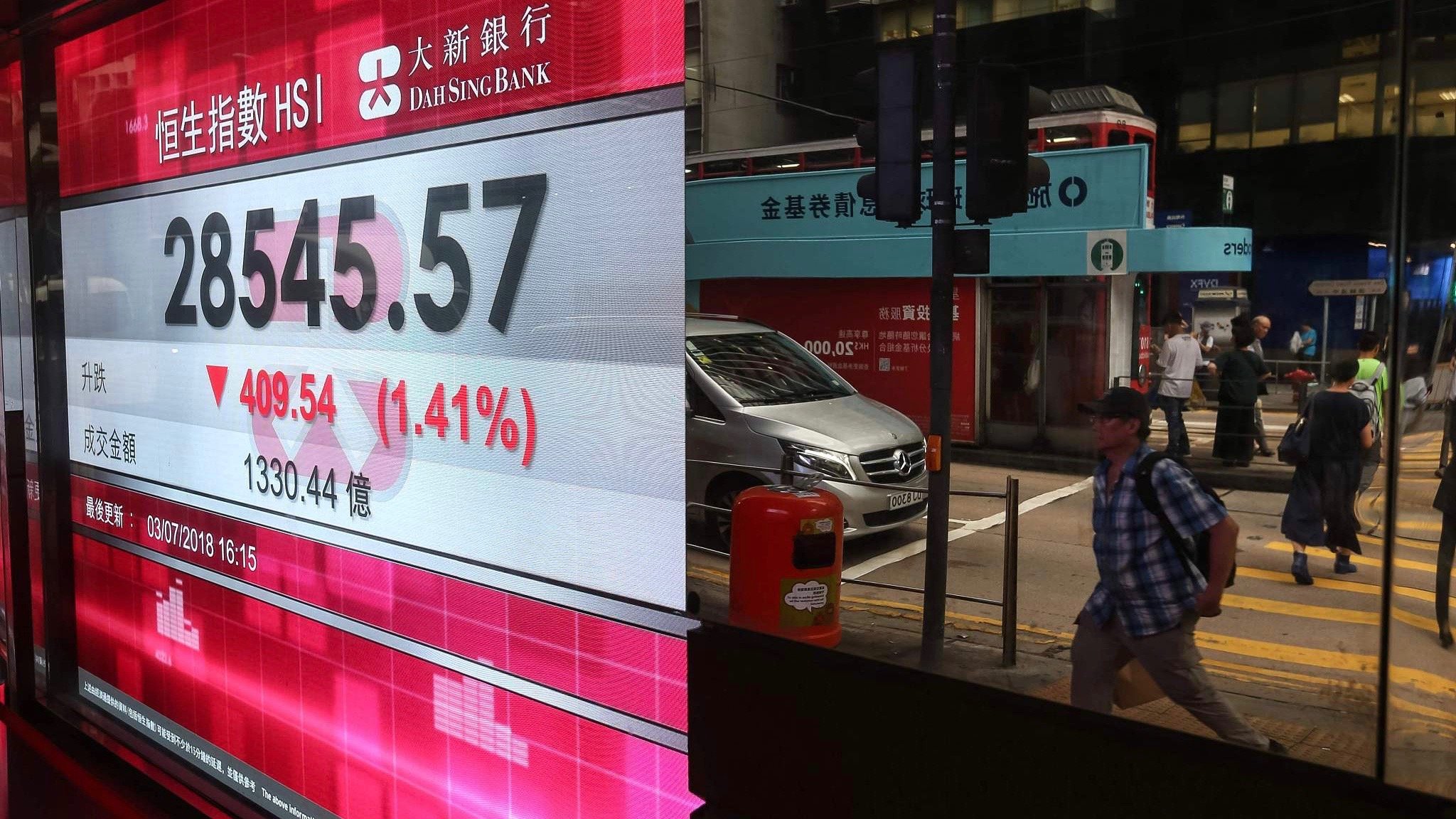 Pedestrians are reflected in a mirror next to a screen showing the closing figures for the Hang Seng Index in the Central district in Hong Kong on July 3, 2018. /VCG Photo

For example, the US could strengthen review processes carried out by the Committee on Foreign Investment in the United States (CFIUS), so that foreign partnerships and deals can receive even greater scrutiny, reducing the risks of technological blowback.

The international order is moving away from US hegemony to a multipolar world. Global prosperity requires a multilateral free-trade system. Of course, there will be economic and political friction, but China and the US must recognize the potential pitfalls and work through their problems together instead of against each other.

However, economic competition may be zero-sum in the short term – such as companies with the best goods and services rising to the top – but it creates win-win outcomes in the long run. Insulating domestic companies will not help.

The current US-China trade conflict has been decades in the making. Solving the conundrum requires both sides facing their problems in a cooperative manner, and realizing that economic competition does not mean having only one winner.

This article first appeared in CGTN on 7 July 2018.

Shocking That Child Hunger Still An Issue in Malaysia