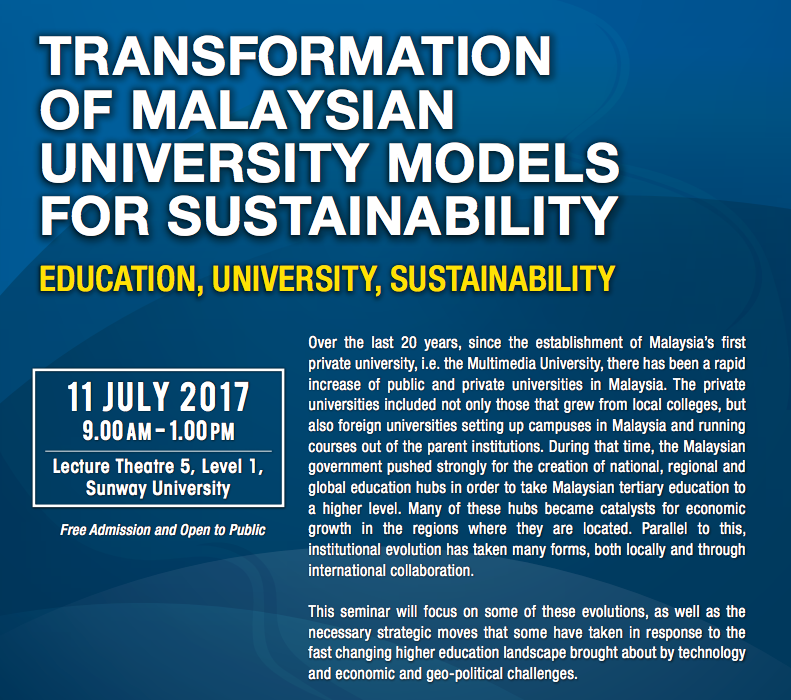 Over the last 20 years, since the establishment of Malaysia’s first private university, i.e. the Multimedia University, there has been a rapid increase of public and private universities in Malaysia. The private universities included not only those that grew from local colleges, but also foreign universities setting up campuses in Malaysia and running courses out of the parent institutions. During that time, the Malaysian government pushed strongly for the creation of national, regional and global education hubs in order to take Malaysian tertiary education to a higher level. Many of these hubs became catalysts for economic growth in the regions where they are located. Parallel to this, institutional evolution has taken many forms, both locally and through international collaboration.

This seminar will focus on some of these evolutions, as well as the necessary strategic moves that some have taken in response to the fast changing higher education landscape brought about by technology and economic and geo-political challenges.