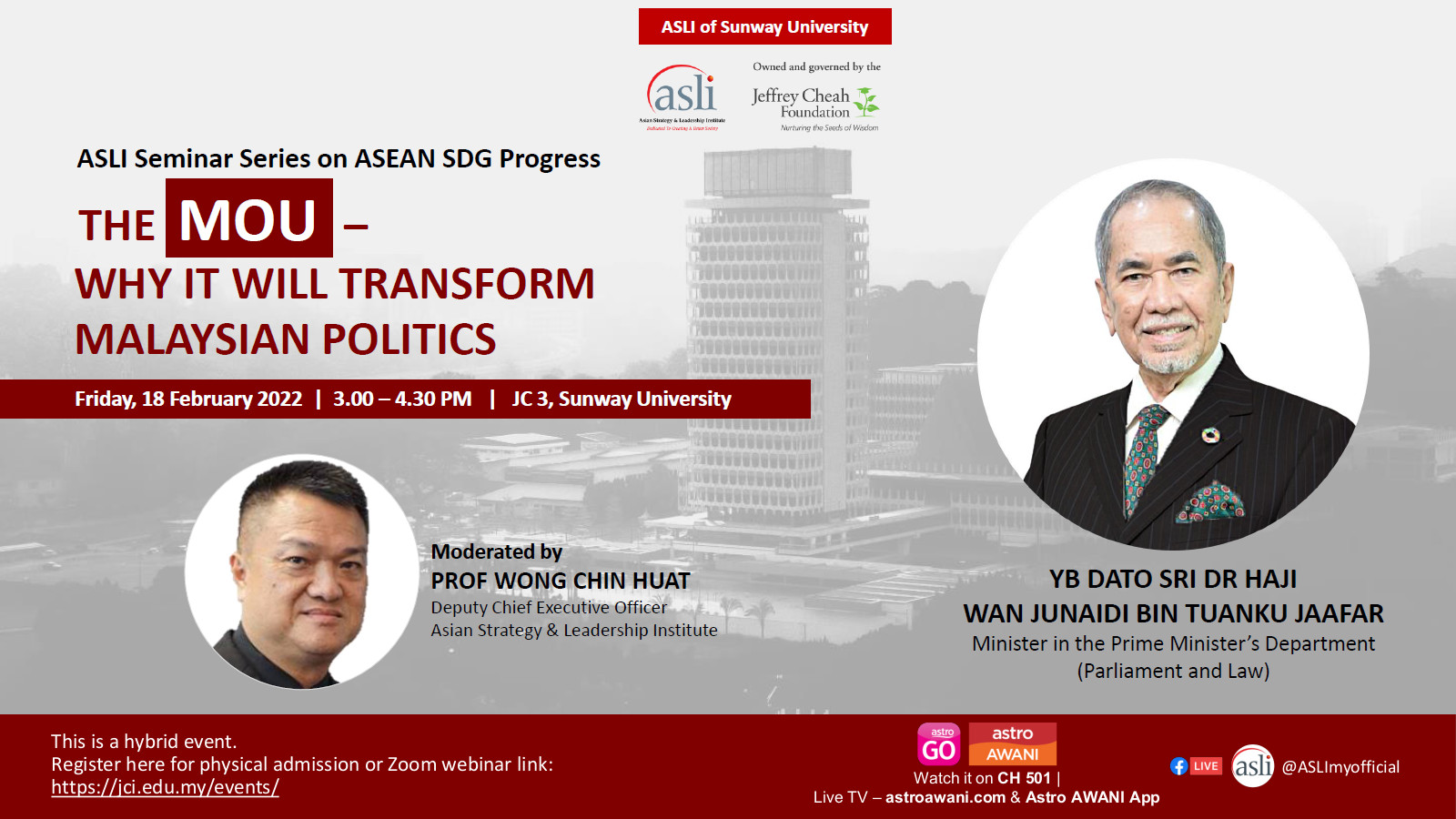 The MOU – Why It Will Transform Malaysian Politics

The Parliament is expected to pass in March two constitutional amendments to vacate seats of party-hopping parliamentarians and to limit the Prime Minister’s tenure to two terms. Both are part of the key institutional reforms promised in the MoU on Political Transformation and Stability signed by PM Ismail Sabri’s government and the official opposition Pakatan Harapan during last September.

The MoU has brought about political stability for 7 months, ending incessant attempts to change government before the federal election. It has also levelled the playing field for both government and opposition parties through parliamentary and administrative reforms. Will these reforms transform Malaysian politics for good or can they be reversed by the next government? What further reforms may enhance Malaysia’s democracy and stability?

Dato Sri Dr Wan Junaidi, the Minister in the PM’s Department in charge of Parliament and Law, will share his insights on the implementation and impacts of the MoU.

Additionally for in-person participants, we will continue with a conversation  on Decentralisation for Malaysia with DS Wan Junaidi, Prof Woo Wing Thye and Prof Wong Chin Huat from 4.30-5.30 pm.

The MOU and transformation (Part I)