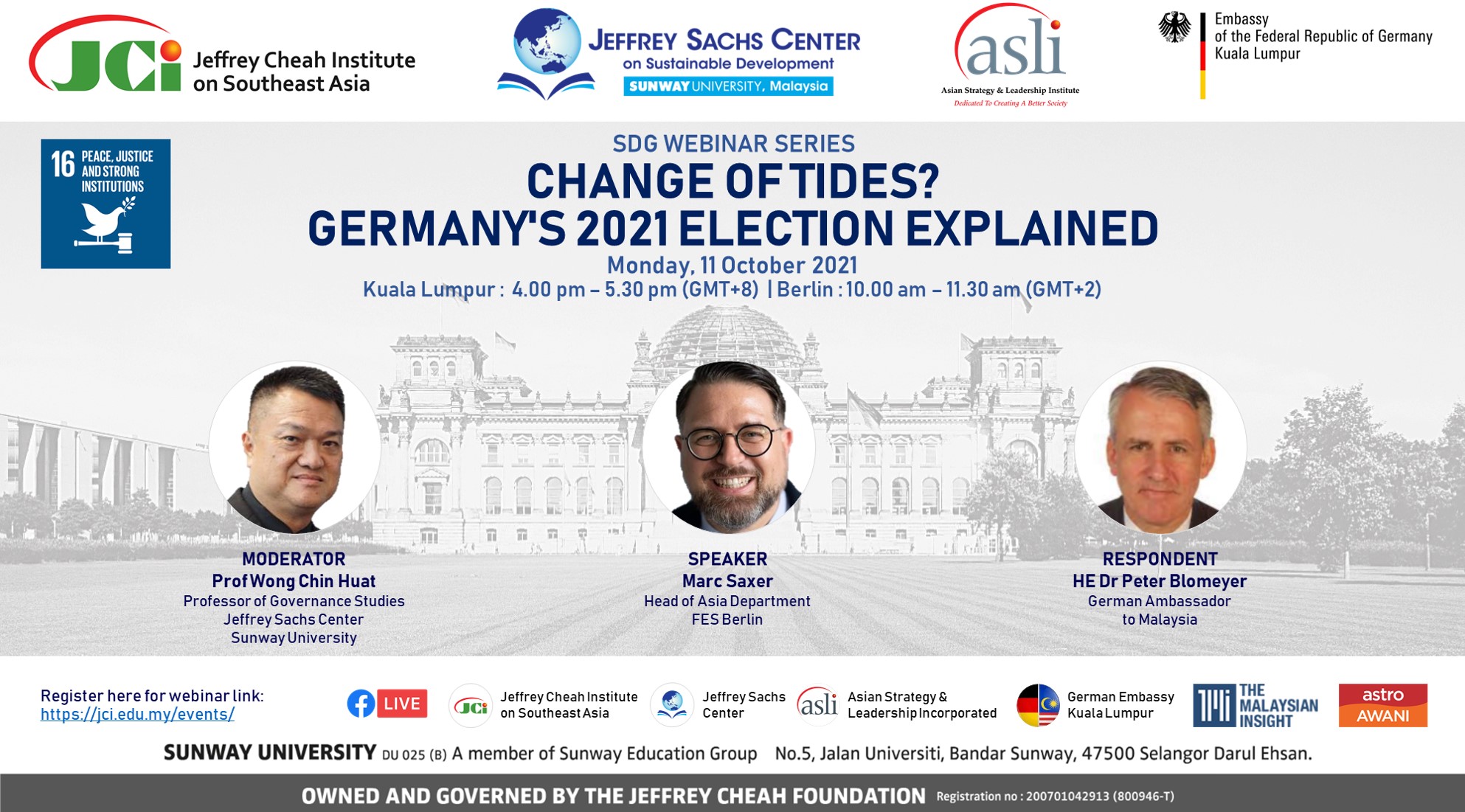 Germany’s 2021 Federal Election ended the 16-year dominance of centre-right Christian Democratic Union/Christian Social Union (CDU/CSU), officially starting the post-Merkel era. The centre-left Social Democrats (SPD) which had been CDU/CSU junior partner in 8 years of Grand Coalition Government is now leading in the Bundestag (Parliament) with a small margin. Both SPD and CDU/CSU are now negotiating with two smaller parties, the pro-environment Green and the pro-market Free Democratic Party (FDP) to form the new government.

For this election, how do the tides change and what trends and endeavours explain such change? What were the strategy debates that led to the positioning of German parties- and what can we learn from this? JCI-JSC-ASLI brings to you a panel discussion on this topic with Head of Asia Department (Friedrich-Ebert-Stiftung, Berlin) and Mr Marc Sexer, Ambassador of Germany to Malaysia, His Excellency Peter Blomeyer

Ambassador of Germany to Malaysia